With the coronavirus raging in the state, particularly in the politically competitive northeast, the president faces an uphill battle to repeat his 2016 victory. 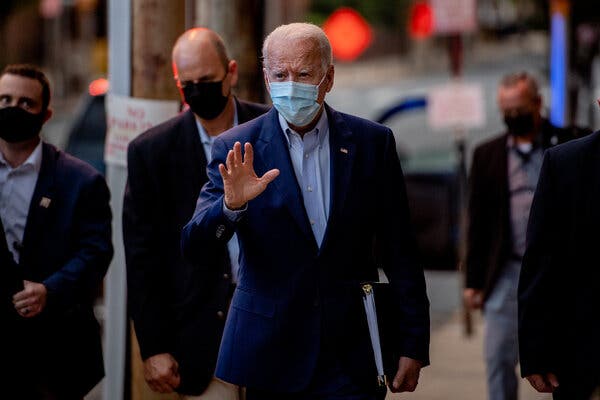 You know the story well: Not a single public poll in 2016 showed Donald J. Trump beating Hillary Clinton in Wisconsin, and forecasters suggested he had almost no shot. FiveThirtyEight gave him less than a one-in-six chance of winning the state.

But after the votes were counted, with turnout down in key Democratic areas, Mr. Trump eked out a victory by fewer than 30,000 votes.

This year, again, virtually every poll has shown the Democrat, Joseph R. Biden Jr., with at least a slight edge over Mr. Trump. A New York Times/Siena College survey last month gave Mr. Biden a five-percentage-point advantage among likely voters. Polls taken since then by CNN and NBC News/Marist College have each given Mr. Biden an outright, 10-point lead.

And with the coronavirus now raging in Wisconsin, particularly in the politically competitive northeastern region, Mr. Trump faces an uphill battle toward repeating his victory from four years ago.

Our website is made possible by displaying online advertisements to our visitors. Please consider supporting us by disabling your ad blocker.

Refresh
We use cookies to ensure that we give you the best experience on our website. If you continue to use this site we will assume that you are happy with it.Ok